It’s crazy to think that The Witcher 3: Wild Hunt came out over seven years ago. At the time, I’d recently been laid off (RIP Future Shop) and jumped at the chance to lose myself in an expansive open-world. And boy, did it deliver, becoming one of my favourite games of all time.

Now, developer CD Projekt Red has given the last-gen RPG a fresh coat of paint on PS5 and Xbox Series X/S via a free update to Wild Hunt’s Complete Edition. It couldn’t have come at a better time, too — as one of many people who felt burned by the studio’s mishandling of its most recent game, Cyberpunk 2077, there’s a lovely comfort in revisiting something so beloved, especially with a bevy of current-gen enhancements and bug fixes.

And after nearly 200 hours across the main game and its Hearts of Stone and Blood and Wine expansions (which are all included in the Complete Edition), the update has me finding even more enjoyment with the whole experience.

If you’re unfamiliar, Wild Hunt follows Geralt of Rivia, a magically enhanced monster hunter known as a witcher, who must find his adopted Ciri before the spectral warriors called The Wild Hunt. It’s a magnificently well-written tale that takes Geralt across the fantastical world of the Continent and embroils him in all kinds of fascinating political intrigue. The exceptional writing extends to the game’s many sidequests, which feel as high-quality as the main story missions and, as a result, flesh out the world even more. This all remains true in 2022, but it’s the technical improvements that have me falling in love once again with CDPR’s magnum opus, making it easily worth the time sink.

Like a lot of current-gen games, you now have a few graphical options, ranging from a 60fps performance mode with dynamic 4K resolution scaling and a 4K/30fps option with ray-tracing. The latter setting offers admittedly impressive lighting and shadow effects, but the trade-off for the reduced framerate ultimately wasn’t worth it for me.

But the 60fps performance mode is an absolute delight, adding a wonderful new level of smoothness to traversal and combat. On top of these options, CDPR has cleaned up several other aspects of the presentation, including crisper and more detailed character models, reworked foliage, richer foliage, a new ‚Gray Sky‘ weather type and higher crowd density. Some fan-made mods have also been brought over from the PC version for further enhancements. The end result is something that looks and feels like a modern game, especially when you factor in how dense and NPC-heavy the world can be. 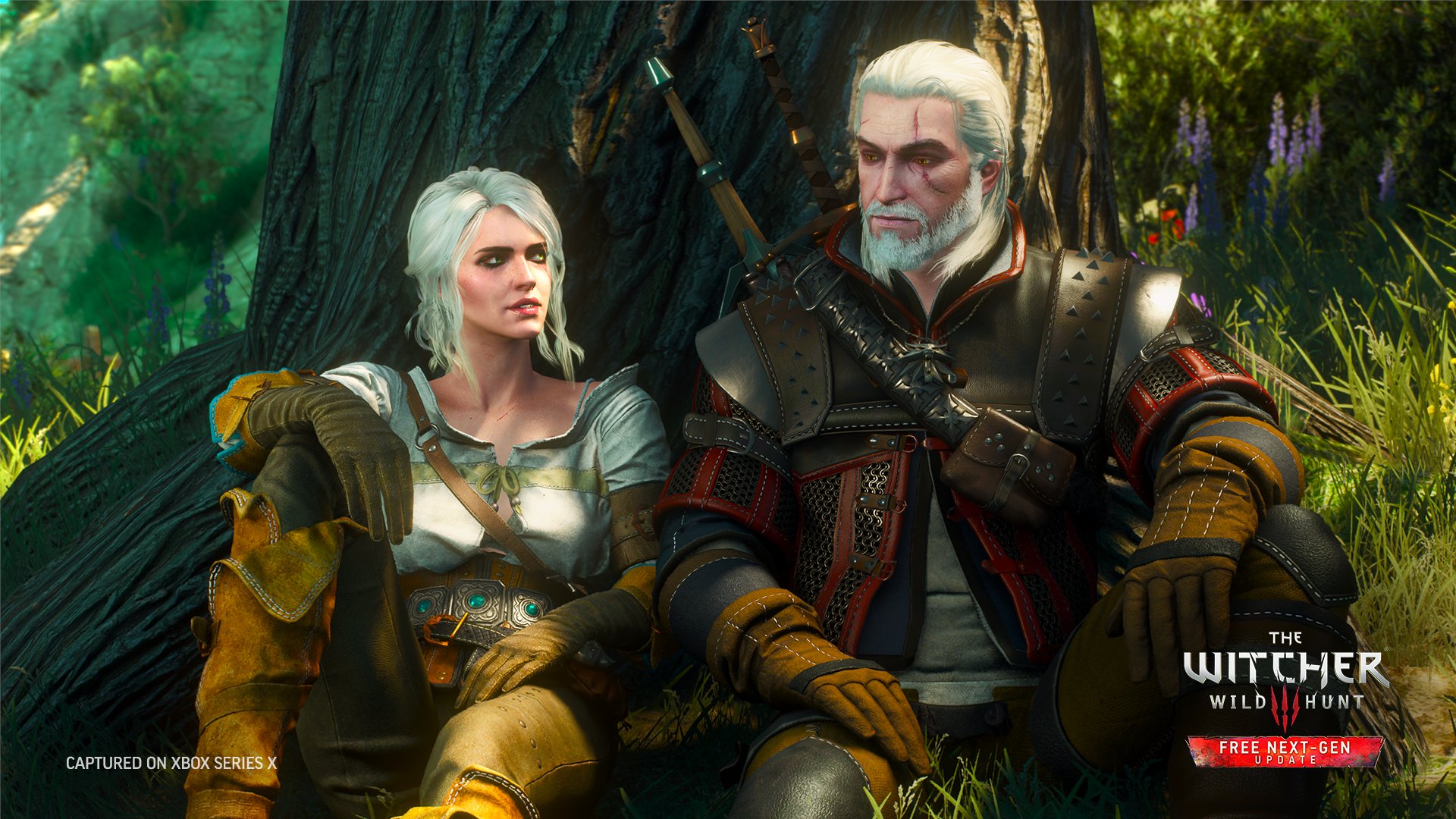 But beyond that, it actually encouraged me to play a bit differently. Admittedly, I sometimes rush through areas to get to the next quest or cutscene, in part because the experience is grabbing me but also because I just want to get to the next game in my ever-growing backlog. With the new Wild Hunt update, though, I found myself going through the Continent more methodically, even after I’d taken the time to initially take note of what’s improved.

I wanted to live and breathe in this world and soak in all of its refreshingly distinct Slavic-inspired touchstones, from the musky, sweltering swamps and lush, colourful forestry to the lively, bustling medieval cities. It’s a testament to the quality of both the original world design and the presentational overhaul that I felt this added layer of immersion. (The new photo mode is the perfect way to capture all this beauty.)

Gameplay-wise, CDPR has also made some smart changes. On a base level, there are new control and camera options to tweak how Geralt feels while moving, a nice way to address some complaints of clunky handling in the original game. But the bigger, more profound change is the utility of magic, known here as ‚Signs.‘ As a witcher, Geralt can cast five basic Signs: Aard (a telekinetic blast), Axii (a Jedi mind trick-esque confusion spell), Igni (projectile fire), Yrden (slows down the enemy) and Quen (a temporary protective shield). In the original version of Wild Hunt, you would have to pull open a radial wheel to toggle equipped Signs, which could definitely slow the pace of battles.

Fight for Ciri.
Fight to protect the helpless.
Fight for principles.
Fight as you were taught in a manner worthy of a witcher from the School of the Wolf 🐺

Remember where you grew up and use it against your opponents! pic.twitter.com/uqMpMCFNBe

With the update, you can enable ‚Quick Sign Casting,‘ which allows you to assign a spell to your controller’s face buttons and bring them using L2. My muscle memory had gotten accustomed to the wheel, but once I got the hang of the streamlined control option, it was a genuine revelation. All told, it significantly adds to the rhythm of the core combat, which is admittedly not terribly deep from a mechanical standpoint.

The layers instead came from how you respond to the staggeringly high number of enemies you encounter, like reading up on a monster’s strengths and weaknesses and brewing the necessary potions to counter that. That’s all still there, of course, but now you’re also encouraged to more actively switch between your Signs, making the already balletic swordplay feel more dynamic and engaging. For example, Yrden’s circular area of effect makes it effective for crowd control, but sometimes you just want to switch to Igni which, when upgraded, can have Geralt shooting a stream of flame out of fingers and incinerate foes.

Another noteworthy addition is a new questline that, upon completion, unlocks a set of armour inspired by Henry Cavill’s Geralt in Netflix’s The Witcher series. I could never get into the show, but it’s an undeniably cool way to add even more value to the update while paying homage to a popular part of The Witcher franchise. If nothing else, there’s a real novelty in hearing Geralt voice actor Doug Cockle reprise the role for some more charming and gravelly lines of dialogue.

In the end, I’ve really enjoyed my time with The Witcher 3’s ’next-gen‘ update. From the litany of technical improvements to the small-but-meaningful gameplay additions, this really feels like a low-key remaster of an all-time great RPG. That CDPR is offering all of this for free is just brilliant, as it’s easy to see how other publishers would have sold this separately or even charged a small fee to upgrade. Whether you’re someone who’s never played The Witcher 3 or are an avid fan like I am, this update makes it absolutely worth your while to plan a trip to the Continent.