The Redmond, Seattle-based company measured the battery consumption of Chrome, Firefox, Opera and Edge, which it calls “today’s leading browsers,” in three tests. One was done in a controlled lab environment, while another was based on real world data from millions of Windows 10 devices.

The third test was captured in time lapse video and shows Surface Books running the same high-definition video wirelessly until they die. Chrome fares the worst in the test, lasting only four hours and 19 minutes, while Edge lasts seven hours and 22 minutes, about three hours more than Chrome and the longest of any of the browsers.

In the lab test, Microsoft hooked up a Surface book to power monitoring equipment and measured drainage during an automated cycle of standard web activities like opening pages, scrolling, and watching videos on popular sites.

In this test, Microsoft Edge came out 36 percent more energy efficient than Google Chrome, and 53 percent ahead of Firefox. 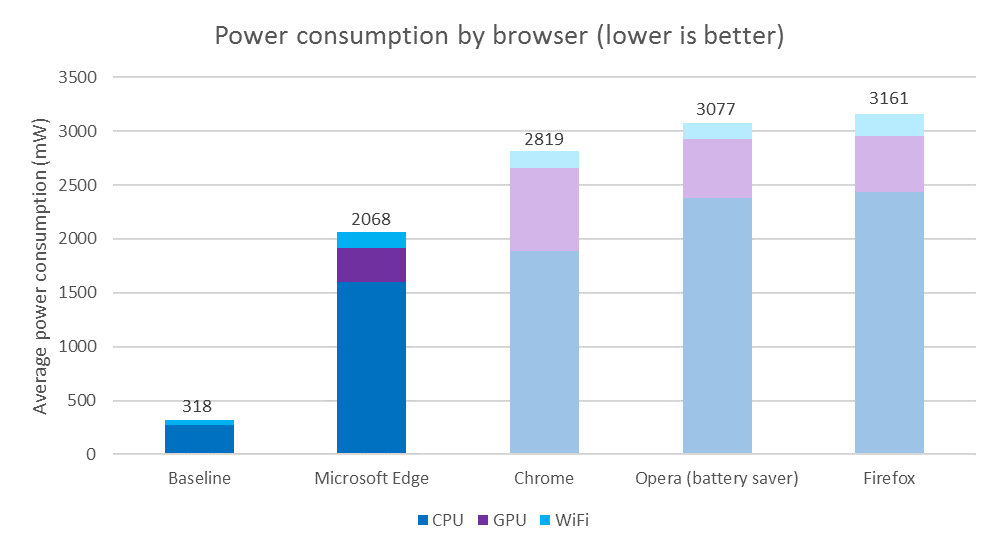 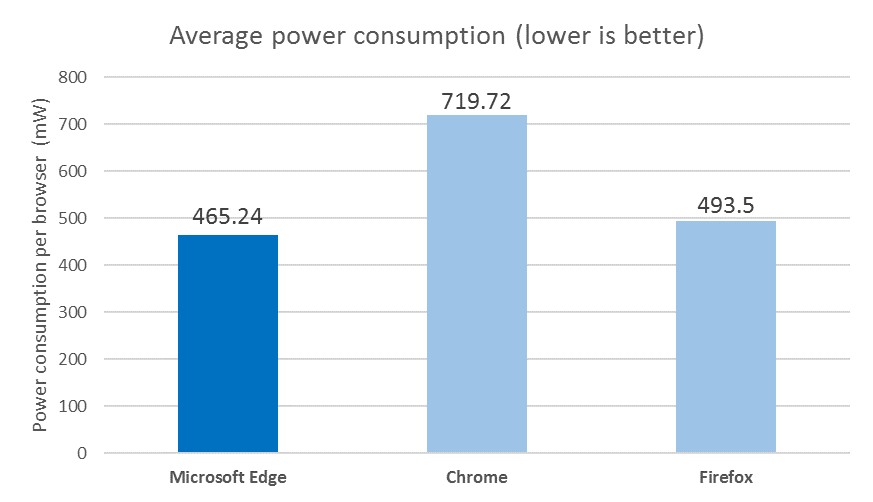 While Edge might be better for battery life, it lacks some of Chrome’s most useful features, such as browser extensions. Edge will gain that functionality this summer with the Windows 10 Anniversary Update, however, showing Microsoft still has strong ambitions for the browser, which was rebranded not long ago from the often ruthlessly mocked Internet Explorer.