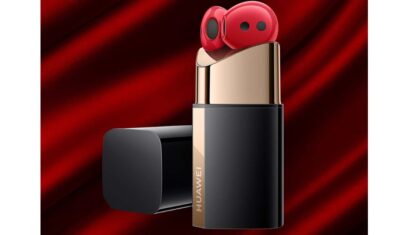 Yesterday, Huawei announced that its Nova 9 (not coming to Canada) and P50 (potentially coming here) will both launch globally. However, the company also announced the Huawei Watch GT 3 and FreeBuds Lipstick earbuds during the event.

The Watch GT 3 is releasing in 46mm and 42mm variants, and Huawei says the smartwatch offers “timeless elegance.” Both watches can measure more than 100 workout modes, sport a built-in workout planner with improved location tracking and a 5th-generation heart rate monitor.

On the other hand, the FreeBuds Lipstick comes in red and sports a high-grade stainless steel enclosure that looks like a lipstick case. The earbuds are compatible with Android and iOS. The FreeBuds Lipstick seem identical to Huawei’s FreeBuds 4 in several ways, including their 14.3mm dynamic driver, with a frequency range spanning up to 40kHz and four hours of playback with an extra 22 hours with the case.

It’s possible we’ll see the Watch GT 3 and FreeBuds Lipstick release in Canada. MobileSyrup has reached out to Huawei for confirmation.