Canada’s own Hayden Christensen to return as Anakin in Disney+’s Ahsoka: report 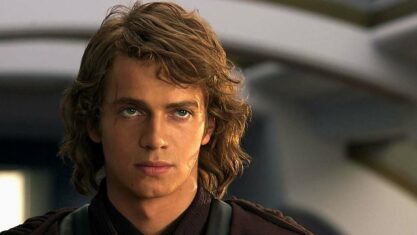 Vancouver-born actor Hayden Christensen is returning to the world of Star Wars in the upcoming Disney+ series Ahsoka, according to The Hollywood Reporter.

This is set to be the second time Christensen will reprise his Anakin Skywalker/Darth Vader role after the prequel films, following next year’s Ewan McGregor-led Obi-Wan series.

Ahsoka is one of multiple The Mandalorian spin-offs and features Rosario Dawson reprising her role as fan-favourite character Ahsoka Tano. The alien Jedi originated The Clone Wars animated film and series as Anakin’s apprentice, making his appearance in her solo show logical. However, like The Mandalorian, Ahsoka is set after the events of Return of the Jedi, in which Vader dies.

Therefore, it’s unclear exactly how Christensen will appear, although it’s safe to assume it will be as a Force Ghost, a figment of Ahsoka’s imagination and/or flashback. (Then again, Lucasfilm bafflingly brought back Emperor Palpatine in 2019’s The Rise of Skywalker despite him getting vaporized in Return of the Jedi, so who knows?)

Beyond that, plot details are currently under wraps for Ahsoka, although The Mandalorian revealed that she was searching for classic Star Wars villain Thrawn. This would, presumably, pick up story threads from the animated series Star Wars Rebels, in which Ahsoka and Thrawn both appeared.

A release date for Ahsoka has yet to be revealed, although THR notes that it’s expected to begin production early next year. It’s possible we’ll learn more about the series at the Disney+ Day on November 12th. The event will offer a slew of announcements related to upcoming Disney+ programming from all of Disney’s brands, including Star Wars.