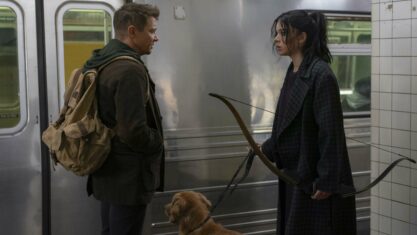 Marvel Studios has revealed that the first two episodes of Hawkeye will be available when the series premieres on Disney+.

While we’d known since July that the series will hit Disney+ on November 24th, we had been expecting a single episode per usual Disney+ series rollouts.

Disney didn’t provide a reason for the special two-episode premiere, but it likely has to do with Lucasfilm’s The Book of Boba Fett. The Mandalorian spin-off is releasing on Disney+ on December 29th, which would have been the date of the Hawkeye finale if the series only debuted with one episode. Therefore, coming out with two episodes right away means that the six-episode-long Hawkeye will conclude on December 22nd, leaving Boba Fett free to have the 29th to itself.

This is the last Marvel Disney+ series for the years, following the apparent delay of Ms. Marvel. However, we will likely learn about more of Marvel’s plans for the streaming service on November 12th. On that date, Disney will hold its inaugural Disney+ Day event to reveal more about what’s coming to its service from all of its brands, including Marvel.