In what seems like a concerted effort by tech giants to ensure next week will forever be remembered as one of the most exhausting weeks in tech blogging history, Samsung has confirmed that it’s holding an event on October 20th at 7am PT/10am ET.

It’s unclear what we’ll see during the stream, with Samsung only stating that it will feature “self-expression through technology.” A teaser image for Unpacked 2 features Samsung’s Health/SmartThings icons and several coloured boxes. 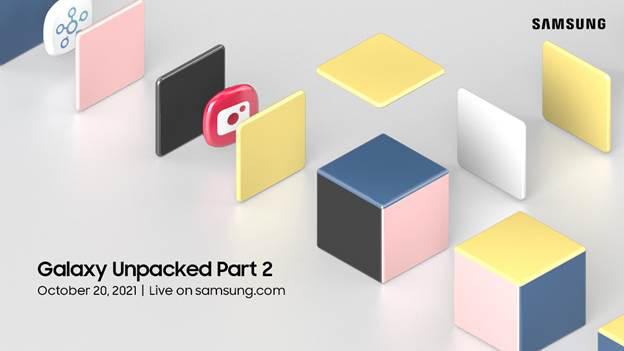 Leaks suggest we might see the often-rumoured Galaxy S21 FE at the event or possible new mid-range devices. In the past, when Samsung starts talking about self-expression, its FE or A series smartphones are usually on the way. That said, there are rumours that Samsung has cancelled the S21 FE entirely due to chip shortages.

Considering the S21 already comes in white, black and pink, it’s unlikely the company is planning to add colour variants to its flagship series.

There’s also a possibility the stream could focus entirely on software, including One UI 4.0/Android 12 and the South Korean tech giant’s broader app ecosystem.