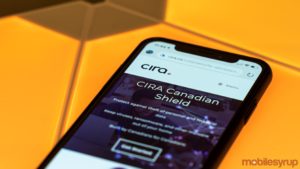 Forty-three percent of Canadians plan to unplug from the web more often once the COVID-19 pandemic is over.

The report also notes that more than half of Canadians attended some sort of virtual event for the first time. The most common types of virtual events were birthday parties, holiday dinners and exercise classes.

In terms of virtual healthcare, 49 percent of Canadians received medical care online for the first time amid the pandemic.

CIRA notes that 72 percent of Canadians say they spent at least one hour per day watching content online through streaming services like Netflix, Amazon Prime Video and Disney+.

Additionally, there has been an increase in Canadians ordering food online, as one in four respondents say they are ordering home food delivery more frequently than before the pandemic began.

The report also notes that “while many Canadians turned to social media to stay connected during the pandemic, one-third reported feeling concerned about online harassment. Women were more likely than men to feel concerned about being harassed, with 39 percent saying so compared to 29 percent of men.”

When it comes to returning to the workplace, the report found that many Canadians prefer to work from home. Interestingly, 36 percent of survey respondents say they would be unwilling to work for an organization that doesn’t also allow for remote work.

“The pandemic challenged Canadians to adapt, to embrace technology as a way of coping with a once in a lifetime public health emergency,” said CIRA CEO Byron Holland in a statement. “Canada’s Internet Factbook shows us that it brought profound changes in attitudes and that there’s no going back.”

A total of 2,022 adult Canadians were surveyed in March 2021 for the purpose of this report. The survey sample is weighted proportionatel to population by province. It is also proportionate by age and by gender.

The post Forty-three percent of Canadians plan to unplug from the web more often post-pandemic: CIRA appeared first on MobileSyrup.