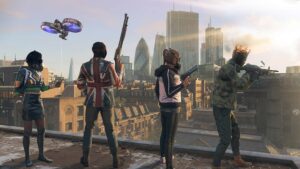 Ubisoft Forward, the company’s annual gaming event that reveals news regarding the company’s upcoming games, is just around the corner.

To build up hype, Ubisoft is offering a ‘Forward’ sale on its website with several of the developer’s titles available at a discount.

Check the titles out below: