Overwatch is finally getting cross-play 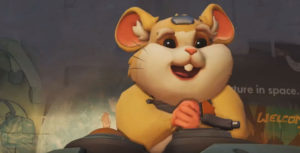 When the beta launches in the near future, PC, Xbox, PlayStation and Nintendo Switch players will be able to play online together. It’s worth mentioning that you won’t be able to play cross-play in ranked mode, which is a good move by Blizzard given console players facing off against the greater accuracy the PC version’s mouse and keyboard controls offers, isn’t really fair.

Cross-play, unfortunately, won’t include cross-progression, which means that your skins and XP level won’t be connected if you have Overwatch on both your Switch and PC.

In a Reddit AMA, Overwatch technical director, John Lafleur said, “given the additional complexities of cross-progression, it would probably make the most sense to tackle cross-play, first and then explore progression as a potential add-on, if we go this route.”

The post Overwatch is finally getting cross-play appeared first on MobileSyrup.