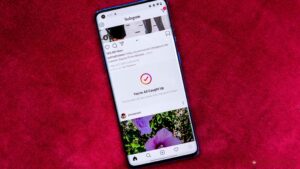 Mosseri told CNBC that the company is looking for ways to help creators make a living and will facilitate transactions that happen in other ways.

“When there are digital transactions that happen on iOS, Apple insists that they take 30 percent of that. There’s a very few number of exceptions,” he stated.

Apple takes a 30 percent cut from purchases of goods from apps in its App Store. The tech giant recently lowered the cut to 15 percent for small businesses. Apple’s App Store fees have been a point of contention for many companies and are at the heart of its legal battle with Epic Games.

Facebook and Apple have publicly clashed about the 30 percent commission over the years. At one point, Facebook informed users that when they purchased tickets, Apple would be getting a cut. However, Apple forced the social media giant to get rid of the notice after arguing that it wasn’t relevant.

More recently, the two companies have disputed over Apple’s new privacy changes that allow users to opt-out of third-party tracking.