Google reportedly made it harder for users to find privacy settings 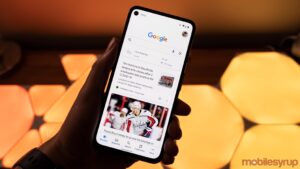 Google reportedly made it harder for users to find privacy settings, according to unredacted documents in Arizona’s lawsuit against the search giant.

Insider reports that the documents show that company executives were aware that Google had made it difficult for smartphone users to keep their location private.

The documents also indicate that the search giant continued to collect location data even when users had turned off location-sharing. Further, Google reportedly pressured phone manufacturers like LG to hide certain location settings because they were popular among users.

Insider notes that one of the documents shows a comment from a Google employee asking “So there is no way to give a third party app your location and not Google?”

Further, the employee adds: “This doesn’t sound like something we would want on the front page of the [New York Times].”

A Google spokesperson told The Verge that Brnovich and “our competitors driving this lawsuit have gone out of their way to mischaracterize our services. We have always built privacy features into our products and provided robust controls for location data. We look forward to setting the record straight.”

The post Google reportedly made it harder for users to find privacy settings appeared first on MobileSyrup.