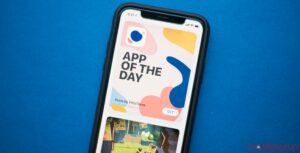 Among several examples, Epic mentioned a copy of its own game, Fortnite, appearing in the App Store. As expected, Apple said there is no truth to Epic’s claims and say that its review process stopped more than $1.5 billion (about $1.8 billion CAD) in fraud in 2020, including fraudulent transactions and removing risky and vulnerable apps from the App Store.

Apple says that this number includes 470,000 fraudulent developer accounts that it removed from the App Store last year and 205,000 attempted new account creations. In total, Apple says it rejected or removed roughly 1 million new apps and about 1 million updates. Unlike Android, which allows app files to be installed from several different platforms, Apple’s App Store is the only way the tech giant lets users download apps onto its iPhone and iPad.

“It takes significant resources behind the scenes to ensure these bad actors can’t exploit users’ most sensitive information, from location to payment details,” said Apple in a statement.

During the hearing, Apple also discussed how it utilizes algorithms and a team of more than 500 people to monitor apps and app updates submitted in the App Store. Other notable stats include that Apple says it stopped 3 million stolen credit cards from being used in the App Store, deactivated 244 million customer account and blocked 424 million accounts from being created due to “patterns consistent with fraudulent and abusive activity.”

Apple removed Epic’s hit battle royale game, Fortnite, from the App Store last August after the company offered an alternate form of in-app purchases not tied to the App Store. While the trial has been a fascinating look at the internal workings of both Epic and Apple, it’s also revealed other interesting facts, including that Walmart was at one point working on a game streaming service and Microsoft’s difficulties with bringing Xbox Cloud gaming to iOS.