Surprise, Epic paid big developers more than indies to give their games away for free 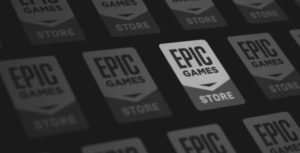 As part of the ongoing Epic v. Apple trial surrounding the tech giant’s control over its app marketplace, the gaming company has published how much it paid for specific games it made available for free through the Epic Games Store.

Want to know how much $ the devs of those ‘free’ Epic Games Store games got, & how many copies were grabbed? Here’s the first 9 months to September 2019.

All of the company’s expenses related to giving away these free titles totalled $11.7 million USD (about $14.3 million CAD). Looking at the list, it’s clear that bigger publishers received a heft sum of cash while smaller developers typically only received a few hundred thousand. While this makes sense, it would be great to see Epic offer more financial support to some of the smaller independent developers it included in the promotion. Older titles like Alan Wake also received less money when compared to more recent games like Moonlighter.

However, giving away free games clearly drummed up hype for the Epic Game Store, with the company adding nearly five million new users for a relatively low cost. Unlike other stores that charge a 30 percent cut like Steam and Apple’s App Store, Epic only takes a 12 percent cut of each sale.

The post Surprise, Epic paid big developers more than indies to give their games away for free appeared first on MobileSyrup.