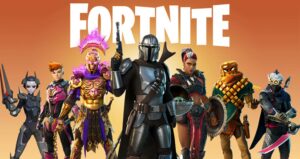 To get Sony to agree to allow Fortnite to feature cross-play multiplayer with competing consoles like the Xbox Series X, Switch, PC and more, Epic was forced to shell out extra cash — and is still paying for the feature today.

During the ongoing Epic v. Apple trial, Epic CEO Tim Sweeney answered several often amusing mundane questions about Epic Games, Fortnite and the Epic Games Store. However, towards the end of today’s portion of the hearing, Sweeney was asked during cross-examination how Fortnite‘s cross-play works and what companies profit from purchases made “cross-wallet.”

Sweeney then pointed out that Sony’s contract with Epic allows the company to earn extra money so Epic can include cross-platform multiplayer in Fortnite, specifically when PlayStation players buy V-Bucks on other devices but still play the game on the company’s consoles.

“Sony has a policy that requires if the ratio of payments across platforms for a given PS user gets out of sync with the playtime, then we have to pay them a commission on other platform revenue,” Sweeney said.

“So if someone were primarily playing on PS but paying on iPhone, they’d [provide] compensation to Sony.”

Sweeney said that typically when V-Buck purchases are made on, for example, an Xbox Series S and then used on another device, every platform involved in the transaction gets a cut of the money. However, when it comes to PlayStation consoles, Sony gets more money than its competitors. Sweeney also confirmed that Epic is the only company that pays Sony extra money to allow cross-play, despite games like Outriders and Rocket League — which Epic now owns — also including the feature.

During the hearing, Sweeney also revealed that Fortnite made over $9 billion USD (roughly $11 billion CAD) in its first two years. The company also outlined how much it spent on Epic Games Store free titles since the launch of the platform.