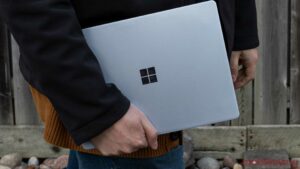 Microsoft’s next major Windows 10 update will bring significant audio improvements when it arrives later this year.

According to The Verge, Windows 10 will finally get support for the Advanced Audio Coding (AAC) codec over Bluetooth. That means Windows users will be able to use more Bluetooth headphones and speakers. Plus, AAC should unlock better audio quality for those using Apple headphones and iTunes or Apple Music on Windows.

Windows 10 currently supports the SBC and AptX codecs, but expanding support to AAC is a great move.

On top of AAC support, Microsoft will also improve how Windows 10 handles Bluetooth inputs. Currently, Windows will show multiple devices for different Bluetooth profiles — for example, with the Surface Headphones connected to a Windows 10 device, you might see them in the audio menu labelled as ‘Headset’ and ‘Headphones’ depending on whether you want to take a call or listen to music.

Having both options there can be confusing both for users and for apps, which may view connected Bluetooth headphones or speakers as multiple different devices. With the upcoming update, Windows will use a single audio endpoint to automatically switch to the right Bluetooth profiles based on what you’re doing.

These changes are definitely a step in the right direction, but there’s still more Microsoft could do to improve audio on Windows. I could write another 500 words complaining about the audio issues I’ve had with my Windows PC.

Anyway, it seems that the upcoming Windows 10 update will be a significant one. Along with the audio improvements, it’s set to fix an issue with Windows rearranging apps on multiple monitors, bring the Xbox Auto HDR feature to PC games, new File Explorer icons and more.