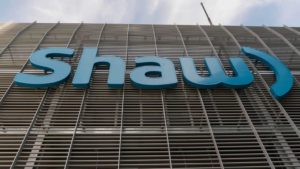 The federal government has published a list of carriers that have applied to participate in the auction. Shaw, which owns Freedom Mobile, is not included in the list.

The long-awaited auction will have a significant impact on the Canadian wireless industry, as 3500MHz spectrum is considered crucial in delivering 5G services. Canadian carriers are currently limited to deploying 5G in lower spectrum bands.

Shaw’s decision to opt-out of the spectrum auction comes as Rogers has signed an agreement to acquire the company in a deal valued at $26 billion. The proposed deal requires approval from the CRTC, the Competition Bureau and the department of Innovation, Science and Economic Development.

Questions about whether Shaw should be able to participate in the spectrum auction were raised during virtual hearings in front of the Industry, Science and Technology Committee regarding the proposed Rogers-Shaw deal.

If Shaw had applied to take part in the auction, Innovation Science and Economic Development Canada would have had to rule on whether the company would be allowed to participate in the auction.

Shaw’s decision to not apply to take part in the auction signifies that the company is trying to do what it can to get the deal approved by regulators.

Last week, Rogers and Shaw testified that the deal would increase competition, advance 5G and create jobs and diversify the Canadian economy.