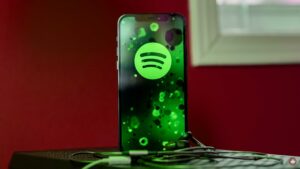 Spotify just got hands-free on mobile.

As spotted by GSM Arena, the music streaming service has rolled out a ‘Hey Spotify’ feature to Android and iOS.

It’s not completely intuitive though, since it’s not a native voice command offered through Siri or Google Assistant. Instead, you need to leave the app open for it to work.

That said, those who do leave the app open can tell Spotify to play a song, skip/pause/play, bring up a playlist or launch a radio station.

According to app researcher Jane Manchun Wong, the mobile version ‘Hey Spotify’ has been in development since at least March 2020. It’s unclear why it took so long to arrive.