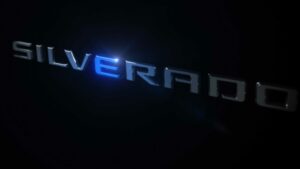 General Motors has finally announced that it will build an electric Chevy Silverado in Detroit.

This truck follows the high-end Hummer Truck and will help to contribute to GM’s plan to make one million EVs by 2025.

The electric Silverado is planned to be a full-sized pickup that utilizes the GM Ultium Battery. This is the company’s higher-end battery that powers the Hummer but not its Bolt vehicles. Since the Silverado is using this power pack, GM estimates around 643km of range.

Beyond that, the company hasn’t shared anything else about the Silverado. Hopefully, GM is closer to revealing the truck than it lets on, as Tesla and Rivian plan to release their electric trucks in 2021 and Ford preps the electric F-150 for next year.

Looking beyond the electric Silverado, GM will release the Electric Hummer SUV in 2024. The company has also renamed its Detroit factory to Factory Zero to represent the company’s commitment to a future with zero crashes, zero emissions and zero congestion.

This is big news for GM and it will be exciting to see what features the Electric Silverado brings to market.