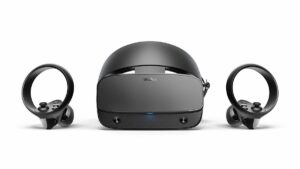 It seems that as far as Facebook is concerned, tethered virtual reality headsets are a thing of the past.

In a recent statement to UploadVR, the social media giant said that “generally speaking, as channels sell out of stock, they won’t be replenished moving forward” when asked about the Oculus Rift S’ future. That said, the $449 Oculus Rift S is still in stock at retailers in Canada like Best Buy and Amazon.

This isn’t exactly news since Facebook confirmed plans to discontinue the Oculus Rift S in 2021 back in 2020, though it appears the headset’s days are now actually numbered. While the Rift S was positioned by Facebook as the successor to the original Rift thanks to its inside-out tracking system and higher display resolution, the company’s attention has turned to the self-contained Oculus Quest and Oculus Quest 2.

While the Quest series of headsets can operate independently without being tethered to a powerful gaming PC, it can also be plugged directly into a high-end gaming PC through an Oculus Link cable, making it effectively a replacement for the Rift S.

Oculus ditching the concept of a tethered headset isn’t exactly surprising. For example, Facebook says that the Oculus Quest 2 has outsold all of its previous Oculus headsets combined.

What a bummer. Imagining a world where Rift 2 was not cancelled shortly before going into production and then cancelled again in favor of a much lower spec Lenovo rebadge…https://t.co/4bsWOoPbTp

At one point, Facebook was reportedly working on a high-end Oculus Rift 2 headset, but the project was cancelled, resulting in Oculus co-founder and former CEO Brendan Iribe leaving the company.

While Oculus seems finished with tethered VR, Sony recently revealed plans to bring a next-generation PlayStation VR headset that works with the PlayStation 5.