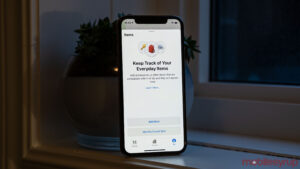 Apple has launched a new ‘Find My Certification Asst.‘ app that lets third-party companies test how their accessories will function with the tech giant’s ‘Find My’ feature.

First spotted by TechCrunch, the app released on the App Store on April 4th and is required for companies looking to bring their apps to Apple’s Find My network.

Specifically, companies will be able to test their accessories’ connectivity, sound, NFC, power and more.

While it remains to be seen whether this will encourage more developers to offer support for Find My, we at least know that Belkin’s upcoming “SoundForm Freedom” AirPods-like headphones will support the network.

Apple confirmed at last year’s Worldwide Developers Conference (WWDC) that it would open up Find My to third parties, but this is the first formal product to come out of that initiative.

The post Apple launches app to let third parties test their devices with ‘Find My’ appeared first on MobileSyrup.