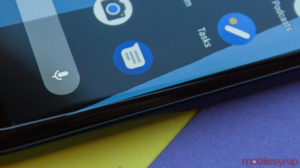 A string of code spotted in a teardown of Google’s most recent Messages app update suggests the company may restrict access to Messages to ‘certified’ Android devices by the end of March 2021.

While it may sound scary, it’s important to note that change — should it come to fruition — likely won’t impact most people. Before we get much further into it, it’s also important to recognize where the information came from: an app teardown. For those unfamiliar with the practice, app teardowns involve taking new app ‘APK’ files and decompiling them to look at the code and see what’s new.

In this case, XDA Developers performed the teardown and found a code string that would display the following warning message: “On March 31, Messages will stop working on uncertified devices, including this one.”

The warning is quite clear, but it also doesn’t appear to be active just yet. Android Police suggests Google has yet to go through with adding a certification requirement to Messages, although this makes it seem like the company intends to soon.

Certification refers to Android devices that ship without Google Mobile Services (GMS), a collection of apps and software that includes things like Gmail, the Google app, Chrome and the Play Store. To get GMS — and, therefore, access to often essential pieces of the Android experience — manufacturers need to pass through a certification process and ship devices with GMS pre-installed.

Both XDA and Android Police point to companies like Huawei as examples of manufacturers with uncertified devices. In Huawei’s case, only newer phones that shipped after the U.S. ban lack certification and GMS.

Messages is among the few Google apps that works with uncertified devices, which is likely because it doesn’t require logging into a Google account. It also relies on SMS and RCS protocols for messaging. XDA says the change is likely because of Messages’ upcoming encryption feature. According to the publication, Google wouldn’t be able to guarantee that an uncertified device isn’t compromised in some way. In other words, the certification requirement will probably be positioned as a way to protect users.

Unfortunately for Messages users with uncertified devices, that likely means you’ll soon be in the market for a new chat app.