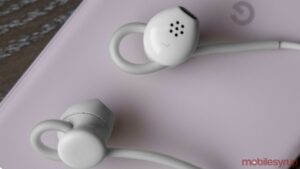 It appears that Google is no longer selling the USB-C earbuds that shipped with the Pixel 3 series, suggesting the popular and cheap wired headphones have been discontinued.

We’re unable to access the earbuds on the Google Store, but Best Buy still has some in stock for $35. MobileSyrup has reached out to Google for clarification.

These headphones have been a popular alternative to the basic headphones that used to come with most phones since they simply connect via USB-C and have a cheap starting price of $35.

Google has been selling the earbuds since the Pixel 3 released in the fall of 2018. The only other notable thing to point out was Google’s unique loop design with the cord that helped the buds sit firmly in your ears.

While it’s sad that the company has stopped selling these cheap wired earbuds, it represents a larger shift in the industry that’s been happening since Apple released the AirPods in 2016. Since then, the adoption rates for wireless headphones have skyrocketed and wired headphones have been pushed to the wayside.

We’re at a point now that it doesn’t even make sense for companies to sell wired earbuds since that sale of cheap earbuds likely eats into its wireless earbuds sales.

That said, Apple still sells EarPods with the 3.5mm headphone jack and the Lightning connector. Both sets are $25 CAD.