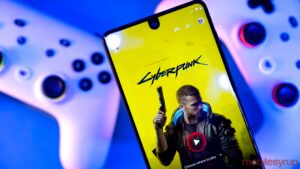 It’s time for Google to stop ignoring this issue.

While I’m personally not a fan of smartphone gaming, there’s definitely a market for it, and some even purchase controllers that work with mobile devices to improve their skills. Unfortunately, some users have noticed that after updating to Android 11 there are problems with controller functionality, and in some cases, their handsets won’t even recognize them.

The Android Issue Tracker showcases a thread about the bug that was noted before the stable release of Android 11 in September. The issue was even acknowledged by Google, but there’s yet to be a fix.

The thread indicates that Pixel users are having issues connecting to the Razer Kishi, PlayStation 4’s DualShock 4 or even Google’s Stadia controller. However, Pixel devices aren’t the only ones experiencing this issue; it was also spotted on the OnePlus 8T and Samsung Galaxy Note 20 Ultra.

If you’re experiencing this problem, a workaround might be to disable the magnification accessibility setting; however, that doesn’t solve the issue for everyone. Some other users have disabled the accessibility option for certain apps on their handsets.