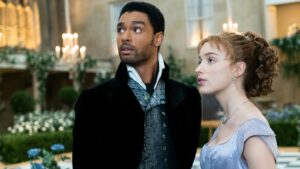 In this quarter, Netflix added 8.51 million paid streaming subscribers to reach 203.7 million by the end of the year.

This is above the six million new subscribers it had forecast for the quarter — a more conservative estimate following the massive surge in new customers seen during the first half of 2020 amid the early weeks of the COVID-19 pandemic.

While Netflix’s Q4 2020 performance was above expectations, it’s still slightly below the 8.8 million net adds that were brought in during Q4 2019. That said, Netflix notes that it gained 36.6 million customers throughout 2020, handily topping its previous record of 28.6 million in 2018.

For Q4, specifically, Netflix pointed to the release of the fourth season of The Crown as one of its most popular originals. The streamer says more member households watched Season 4 in its first 28 days than previous seasons. However, specific viewership figures for S4 were not revealed, with the company simply noting that the series has topped 100 million viewers overall. It’s important to note that Netflix counts any account that watches a title for at least two minutes as a “viewer.”

Other Q4 originals touted by the streamer include Bridgerton, which topped 63 million viewers within 28 days; George Clooney’s The Midnight Sky, with 72 million member households tuning in within its first four weeks; and Robert Rodriguez’s We Can Be Heroes topping 53 million viewers.

Looking to the first quarter of 2021, Netflix projects paid net adds of six million, compared to the record 15.8 million it hit in Q1 2020 due to “the impact from the initial COVID-19 lockdowns.” Some of this quarter’s most notable new Netflix originals include the recently released third season of Karate Kid sequel series Cobra Kai, the Zendaya- and John David Washington-led romance-drama Malcom & Marie (releasing February 5th) and To All The Boys trilogy ender Always and Forever (premiering February 12th).

Last week, Netflix also released a sizzle reel containing footage from 27 of its upcoming 2021 films. Altogether, the streamer says it will release 71 original films this year, with at least one new film dropping per week.

That said, there’s always the possibility that the company may end up releasing additional films in the coming months. In 2020, the streamer acquired the likes of Enola Holmes, The Lovebirds and The Trial of the Chicago 7 as studios shifted their release plans amid COVID-19 related theatrical shutdowns.

This year is only set to be even more different, as rival company Warner Media is set to drop all of its 2021 films on its U.S. only HBO Max service at the same time they release in U.S. and Canadian theatres. This includes big titles like The Suicide Squad, Godzilla vs. Kong, Dune and The Matrix 4. Given the increased competition in the streaming space, it remains to be seen how Netflix — as well as other streaming services like Disney+ — will respond in the months to come.

In the meantime, Netflix Canada recently released its February 2021 slate of movies and shows — read more on those here.