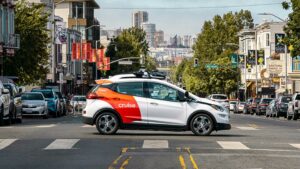 This brings Microsoft and Cruise together for a long-term strategic partnership, but Microsoft will be able to invest in and work with other self-driving companies as well.

This means Cruise now has access to the Microsoft Azure cloud platform, which should help in Cruise’s self-driving tech development. Cloud tech is important for self-driving because it allows the cars to talk to each other more effectively, among other improvements.

Cruise is currently testing self-driving cars in San-Francisco, but only employees can ride in its vehicles, so it’s still a few steps behind Waymo. Still, the race to self-driving dominance is just beginning, so it’s anyone’s game.

Microsoft hasn’t been making a large name for itself on the consumer-facing side of the self-driving wars, but it’s still competing. There are only a few large-scale cloud servers in the world with the power to rival Azure, so one of them, or possibly multiple, will facilitate the backend of connected cars once they become mainstream.

Microsoft has been working on its own connected car platform with Volkswagen and a few other tech giants in the background that may not be very flashy yet but could be crucial to getting a car on the road in the future.

Interestingly enough, it appears that GM as a company will also switch from using Google’s enterprise suite of cloud computing tools to Microsoft’s, according to The Verge.