Disney+ to become home of The Muppets Show on February 19 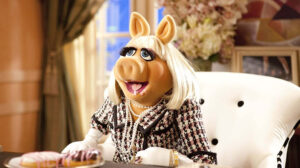 Disney has confirmed that five seasons of The Muppet Show will be available on Disney+ on February 19th.

Alongside the show, Muppets Most Wanted, The Muppet Movie, Muppet Treasure Island, The Muppet Christmas Carol, The Muppets and The Great Muppet Caper are also coming to Disney+.

However, if you love the Muppets, you might notice that The Muppets Take Manhattan and Muppets from Space are not among the movies listed. Unfortunately, for Disney+ users, those two movies are owned by Sony.

Start streaming the classic series from @TheMuppets on February 19. pic.twitter.com/errlmsKJdI

This is also why Disney+ has the whole Marvel Cinematic Universe except for Spider-Man: Homecoming and Spider-Man: Far Frome Home. Sony owns the rights to those titles, despite Marvel Studios producing the films.

This means that if you want the complete Muppets collection, you’re going to have to purchase those two films on a digital retailer website. Additionally, Jim Henson’s Fraggle Rock is only on Apple TV+.

The post Disney+ to become home of The Muppets Show on February 19 appeared first on MobileSyrup.