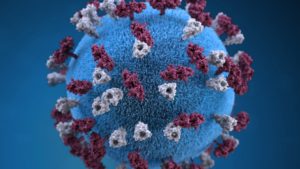 During the COVID-19 press briefing this past Monday, Toronto Medical Officer of Health Dr. Eileen de Villa said the city received some non-identifying smartphone data that showed that more people are staying home.

The data represents the week of January 3rd to 9th and shows that time-at-home measures are at 82 percent, which compares with 87 percent back in March of 2020.

“This suggests that the lockdown from December 26 has had some impact on movement in Toronto,” said de Villa.

Further, Mayor John Tory says he’s requested a more detailed look at mobility data, breaking down days of the week, hours of the day and which part of the city to figure to where and when people are going out instead of staying home. Additionally, he’s added traffic data and plans to share the information openly when it’s available.

“What we hopefully will see, as January unfolds further and the stay-at-home order took hold, that traffic levels will further drop,” said Tory.

This is after news from December indicating that the lockdown measures in Toronto and Peel were ineffective compared to the first wave.

Source: City of Toronto Via: BlogTo