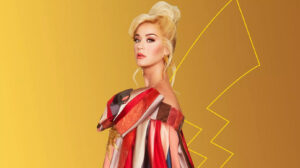 February 27th, 2021 is the 25th anniversary of the one and only Pokémon franchise.

To celebrate, The Pokémon Company is starting with a Rude Goldberg machine to run through the franchise’s history, touching on pocket monsters from each of the regions, different places like Ecruteak City, the anime series and more.

At the end of the video, it introduces a partnership with the famous singer, Katy Perry, alongside a very quick snippet of a song that sounds electrifying.

The Pokémon Company says it’s teaming up with Universal Music Group and a wide range of musicians, including rising artists and the aforementioned pop icon.

During Pokémon’s 20th anniversary, Mythical Pocket Monsters for the games were handed out each month at retailers, and this time, the company will feature monthly events for music and more. Pokémon trading card game players can also look forward to more coming this year.

The post Pokémon teams up with Katy Perry and other artists to celebrate 25th anniversary appeared first on MobileSyrup.