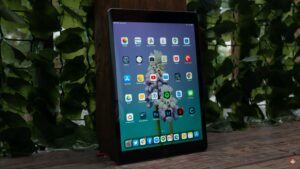 Microsoft has updated both Word and Excel on iPad to make them both much more on par with their desktop counterparts.

Word is finally getting mouse and trackpad support, while Excel now works with iPadOS’s multi-window feature. This means that both of these apps now support multi-window and mouse inputs, according to GSMArena.

To be clear, this means that Microsoft Word works with Apple’s cool adaptive cursor that can tell the difference between text and buttons on your screen.

It should be noted that while you can download the Microsoft apps from the App Store for free, a Microsoft 365 subscription might be needed to get the most out of the apps.

As more productivity apps adopt mouse and multi-window support, the iPad is slyly becoming an even better laptop replacement than it used to be. Here’s hoping that at some point, Apple makes it easier for developers to bring macOS apps over to iOS now that it developed the chips for both devices.