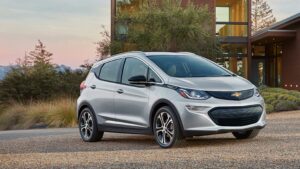 After being pushed back, it looks like GM will pull back the curtain on the next two electric vehicles in the Bolt line.

To be clear, neither of these vehicles are new. GM has been hinting at them for the past year, but now we know when the full reveals are coming.

The first vehicle will be a revamp to the existing Chevy Bolt EV, GM’s economy EV, and the second will be a new larger crossover-styled EV with the Bolt name. Since both of these cars are Bolts and don’t have the Ultium battery pack, it wouldn’t be a stretch to consider these the entry points to the automaker’s EV lineup.

This larger Bolt is the more exciting of the two vehicles since it’s slated to feature GM’s SuperCruise driver assistance program, putting it on par with other high-level EVs from Tesla. It’s also going to come with a larger crossover-styled body that is, hopefully, a little sportier than the existing Bolt.

While we’re waiting on EV announcements, that doesn’t mean GM hasn’t been busy. Earlier this year, it announced a re-branding, and an offshoot company designed around electrifying and streamlining the home delivery business.

The company has already made big moves in 2021 that all point towards it going all-in on electrification, so it’s going to be an interesting few years as all the major car companies dive headfirst into the electric car space.