Here are the free games hitting PlayStation Plus in January 2021 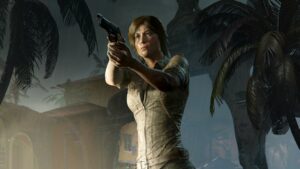 Every month, Sony offers a few PlayStation 4 games at no additional cost to those subscribed to its PlayStation Plus service.

Now, the company has revealed what free titles are hitting the service in January 2021.

From Tuesday, January 5th to February 1st, PS Plus subscribers can download PS4 games Shadow of the Tomb Raider and Greedfall, as well as PS5 title Maneater. That said, both PS4 games will be playable on PS5 as well via backwards compatibility.

It’s worth noting that Shadow of the Tomb Raider was primarily developed by Canada’s own Eidos Montreal.

The post Here are the free games hitting PlayStation Plus in January 2021 appeared first on MobileSyrup.