Apple has removed an app that promoted unsafe parties during COVID 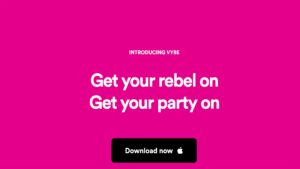 Apple has delisted a U.S. app from its App Store that was promoting unsafe parties amid the COVID-19 pandemic.

The app in question was called Vybe Together, which allowed people to organize and attend “underground parties.” On its since-deleted website and TikTok account, the app was promoted with the tagline “Get your rebel on. Get your party on.”

Speaking to The Verge, one of the Vybe Together’s co-founders said it only had a few thousand users, with an additional few thousand applicants having requested access. Further, the company claimed that it only promoted “small gatherings” rather than “big parties” with people in parks or apartments.

The app required users to submit their Instagram handle and upload pictures of them partying, seemingly VybeTogether’s effort to ensure that its users would keep their parties private.

While it’s unclear exactly how “small” these gatherings would have been, it’s important to stress that even just a few people from different households can still spread the virus, as per the U.S.’ own CDC. This is why many places like Ontario prohibit indoor parties while only permitting a small outdoor gathering. Further, Vybe Together’s “get your rebel on” tagline clearly suggests that the company knew full well it was up to

Because the app is no longer available, it’s unclear whether there were ever any Vybe Together parties hosted in Canada. The Verge notes that there were listings in New York City, among other U.S. places.

That said, it’s good to see Apple taking action against such an app, and presumably, it will do so with any other party-hosting apps that spring up in Canada as well.

The post Apple has removed an app that promoted unsafe parties during COVID appeared first on MobileSyrup.