PSA: Some Real Canadian Superstore PS5 pre-orders are being cancelled 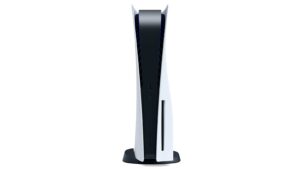 If you were one of the people lucky enough to snag a coveted PlayStation 5 pre-order from the Real Canadian Superstore earlier today, you might want to double-check that your order has been secured.

In the VideoGameDealsCanada subreddit, a number of Canadians have reported that the retailer has been notifying them that their pre-orders have been cancelled. The OP of the thread, isaiah1137, first noted that they and their friend had received emails informing them of the news.

In response, Reddit user lordr33 said they were told by a Real Canadian Superstore rep over the phone that it was cancelling pre-orders because it had accepted more than it had available. Meanwhile, user JustinVrastiak said they were charged but haven’t received any email confirming their order, and the_kull noted they were charged twice without receiving any notification from the retailer itself.

This is particularly unfortunate when considering that pre-orders went up at 5am ET/2am PT this morning, meaning that some people got up bright and early for nothing.

It’s unclear exactly how many people have successfully landed a pre-order from Real Canadian Superstore, but in any event, this is the latest in a line of frustrating events in the ongoing PS5 pre-order saga.

Last month, pre-orders went live abruptly after the PS5 Showcase, despite prior word from Sony that this wouldn’t happen “at a minute’s notice.” Further, pre-orders all went live with retailers at different times, making it difficult to keep track of where you could even get one.

After all of this, Sony apologized for the issues and promised more availability throughout the rest of 2020. As it stands, it’s unclear exactly how much supply the company will have for the console during this time. However, we’ll likely have a better idea when the console launches on November 12th in Canada for $629 CAD (and $499 for the disc-less Digital Edition).

In other PS5 news, Sony finally unveiled the next-gen console’s UI earlier this week — read more on that here.

The post PSA: Some Real Canadian Superstore PS5 pre-orders are being cancelled appeared first on MobileSyrup.