How the Canadian video game industry is tackling COVID-19 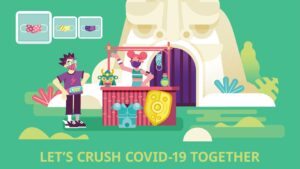 Over the past several months, it’s been well-documented how game developers quickly shifted to remote work amid the COVID-19 outbreak.

And while working from home isn’t without its own share of challenges, it’s at least helped ensure that game makers can continue their craft in a safe manner. Meanwhile, the industry has benefited from massive spikes in game sales and activity in ongoing multiplayer titles.

But what about the people who actually play these games? How have they been handling the pandemic?

That’s exactly what the #CrushCOVID campaign aims to address. Conceived by the Entertainment Software Association of Canada (ESAC) — the lobbying group for the country’s gaming industry — and the Public Health Agency of Canada (PHAC), #CrushCOVID is designed to promote COVID-19 health and safety among gamers aged 13 to 29.

That’s a critical demographic to target, notes the ESAC, since more than 90 percent of teens play games, on top of 65 percent of people in general taking part in the pastime. All the while, teens aged 13 to 19 and young adults aged 20 to 29 years accounted for 38 percent of reported cases of COVID-19 in Canada over the past month or more, according to the PHAC.

Given the increasing number of cases among youth, the ESAC has been thinking about ways to target these demographics specifically through something they love: video games. 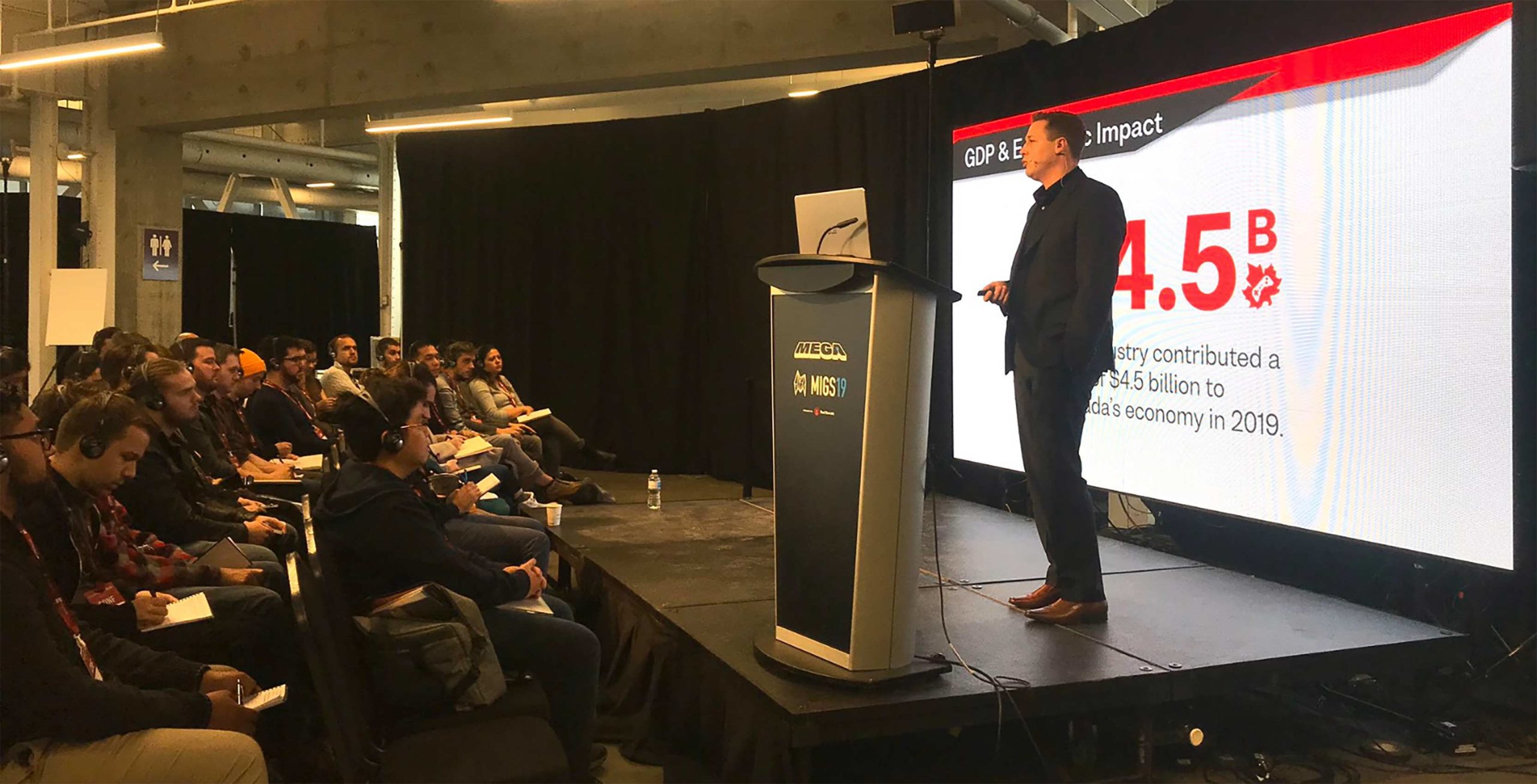 “We realized after about a month-and-a-half that the industry was actually doing quite well — it really did find a place with so many people over the pandemic as a place to connect with friends, to enjoy some time with your kids or your family, and to just kind of zone out and forget about all the negative news that was out there,” Jayson Hilchie, president and CEO of the ESAC, tells MobileSyrup of what led to the initial conception of the campaign.

“And so once we figured out that the industry was doing well, it was all about, ‘how do we take this and do something positive with it, that can make a difference?’ From a digital perspective, how do we use this position we’re in — which is really at the centre of this cultural zeitgeist — and use it for the betterment of the situation?”

Over the course of several weeks, the ESAC and many of its member studios — which includes the likes of Xbox, PlayStation, Nintendo, Activision, Ubisoft and Electronic Arts — will promote various best practices pertaining to COVID-19 across social media — both on their social channels and in general feeds through promoted posts. The campaign’s first video, titled ‘Wear a Mask,’ shows a young man putting on a mask while — to use some video game vernacular — likening this action to “equipping [his] best armour in real life.” Future material will focus on the importance of physical distancing, hand washing and staying home while sick.

To develop #CrushCOVID, Hilchie says the ESAC and PHAC gave its members early access to the campaign and invited them to sit in on brainstorming calls to help with any iterations. “We really needed to make sure that this was going to be good for everybody — that it was going to be something that the industry could get behind,” he says.

And so far, many of the ESAC’s members have also been helping to spread the message, including Victoria, B.C.-based Codename Entertainment (Idle Champions), Eidos Montreal (Marvel’s Avengers) and Xbox Canada.

Overall, these signal boosts have come from all around Canada, especially with French publishing giant Ubisoft, which has leveraged its massive multi-studio Canadian workforce — including its Toronto, Montreal and Winnipeg teams — to promote #CrushCOVID on their respective Twitter channels.

“Ubisoft is proud to support the #CrushCOVID campaign led by its industry association, the Entertainment Software Association of Canada, and the Public Health Agency of Canada by promoting this important initiative through its Canadian studios social channels,” Francis Baillet, vice president of corporate affairs for Ubisoft, said in a statement to MobileSyrup. “This campaign is a great opportunity to reach young Canadians with messages on public health measures to prevent the spread of COVID-19.”

Square Enix Montreal (the Go series) has also promoted #CrushCOVID in both English and French (in which it’s called ‘#ÉcrasonsLaCOVID’), with a company spokesperson telling MobileSyrup that while it wasn’t specifically involved in the development of the campaign, it was “happy to amplify” the message on social media and “wholeheartedly salute[s]” the initiative.

Even largely American studios have used their Canadian presence to help out, such as Certain Affinity, the Austin, Texas-based developer of iconic Halo 2 maps that opened a Toronto office last year. 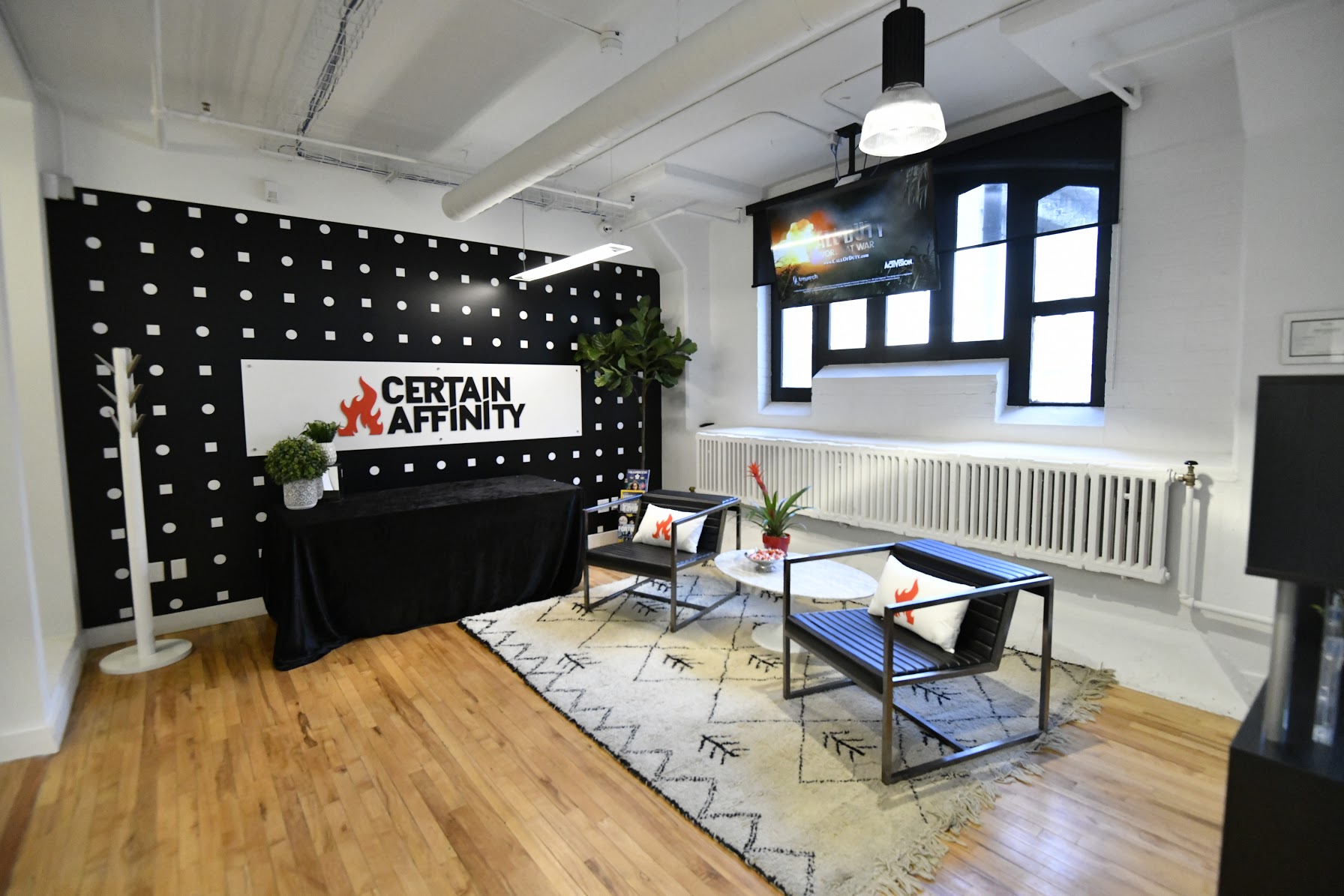 Speaking to MobileSyrup, Mojdeh Gharbi, co-owner of Certain Affinity, said the company was involved at various stages in the development of the campaign to provide support and input. According to Gharbi, the campaign’s current rollout also comes at a particularly good time, given that Sony and Microsoft’s respective next-gen consoles, the PlayStation 5 and Xbox Series X/S, are launching in November.

“With new consoles and games coming out this fall and winter, the amount of social interaction and online searching for games and general gaming topics will only increase, and to have this campaign out there should help to educate and remind the gaming community and their networks about how to stay safe,” said Gharbi. “By providing an easy-to-understand example of how to #CrushCOVID, it’ll hopefully make it fun and shareable, as gamers won’t be sharing a random PSA, but one that’s more engaging with subjects they care about.”

As it stands, the campaign only consists of promotional material to be shared across social media, but Hilchie aims to eventually have it extend to in-game initiatives as well. Recently, the CBC worked with a student to develop an in-game world in Minecraft that played host to a livestream wherein tweens could have their COVID-19 related questions answered by a doctor. And earlier in the year, American developer Epic Games ran an event in Fortnite to teach players about systemic racism. Ultimately, Hilchie is hoping to do something similar with #CrushCOVID.

“I think we’re challenged with the geotagging with the larger games that are all over the world. Obviously, this message is a very Canadian-centric message, and so it’s challenging for some companies to simply put it [in-game] for their Canadian players to see it,” he noted. “We’re working with a few companies that have expressed interest in putting some form of this in their games. We just aren’t there yet […] but we’re optimistic.”

While Certain Affinity doesn’t currently promote #CrushCOVID in any of the games it’s working on (like 343 Industries’ Halo Infinite), Gharbi noted that developers can still show support in other ways, citing Certain Affinity’s own initiatives like purchasing gift cards from local businesses in Toronto and supporting employee donations to ​Feed the Frontlines​. She also pointed to what Activision has done with the marketing of Canadian co-developed Crash Bandicoot 4: It’s About Time — which featured someone dressed in a Crash outfit wearing a face mask — as “a great recent example” of using a popular gaming character to help communicate the importance of facial coverings.

Equip your best armour in real life. Wear a mask. Let’s crush COVID-19 together.@Other_Ocean is proud to be partnering with @ESACanada
and @GovCanHealth in their #CrushCOVID campaign!

St. John’s-based Other Ocean recently did something similar with its Project Winter survival game, where it tweeted about the #CrushCOVID campaign but made it more unique by showing characters from its game wearing masks.

Looking ahead in uncertain times

While it remains to be seen how #CrushCOVID might be expanded into video games themselves, it’s clear that Canadian developers won’t have any trouble keeping busy. In fact, many are currently hard at work on a variety of upcoming high-profile titles, including Watch Dogs: Legion and Far Cry 6 from Ubisoft Toronto (releasing on October 29th, 2020 and February 18th, 2021, respectively), Assassin’s Creed Valhalla from Ubisoft Montreal (launching on November 10th), Ubisoft Quebec’s Immortals: Fenyx Rising (dropping December 3rd) and Gotham Knights from Warner Bros. Montreal (TBA 2021).

The ESAC, meanwhile, will continue to work with its partners to find new ways to use games to promote COVID-19 health and safety, notes Hilchie. At the same time, he calls on the government to support Canada’s gaming industry — the third-largest producer of games in the world, and a contributor of $4.5 billion to the country’s GDP — so they can continue their work on games, #CrushCOVID and more. 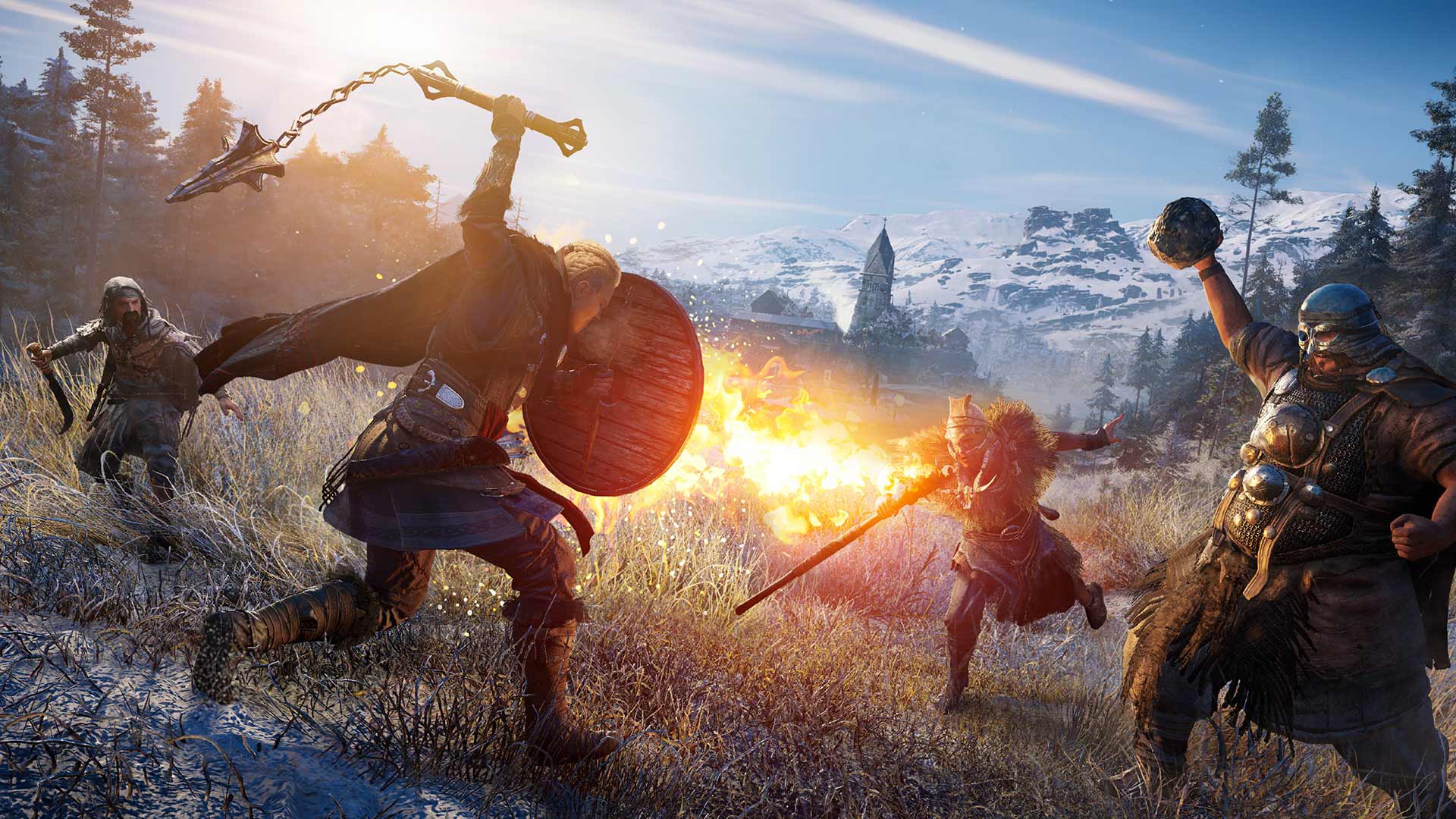 Ubisoft Montreal’s Assassin’s Creed Valhalla is one of the biggest Canadian-made games that’s been in development during the pandemic (Image credit: Ubisoft)

“Our concern with the ongoing remote work is what does that actually mean for people that are hired? Can they work on a team that a Canadian game is making, but be somewhere else?” posed Hilchie. “I think for our industry, where we receive tax incentives for job creation, unlike some other tech industries, our companies don’t actually get those tax incentives without those people physically residing in Canada. I am a little bit leery about what that means —  the risk of hollowing out our knowledge economy.”

While he notes that this will ultimately “still need to be figured out,” he says he hopes that in general, the government continues to consider the importance of the Canadian gaming industry.

“If I can make one recommendation with respect to what government needs to do, it’s really to focus on those industries that, if they’re not ‘COVID-proof,’ they’re COVID-resistant, [and] are digital-first and they connect people,” said Hilchie.

The post How the Canadian video game industry is tackling COVID-19 appeared first on MobileSyrup.