Amazon is jumping right into its pre-holidays sales event 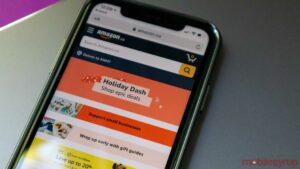 As Amazon winds down from Prime Day, it appears to be gearing up for ‘Holiday Dash’ deals.

The online retail giant calls these offers “Black Friday deals” in its press release, so there should be some pretty hot offers popping up. To help people find what they need, the company is also publishing a selection of gift guides.

Beyond the gift guides and deals, Amazon is offering a three-month free trial for anyone who wants to try Amazon Music Unlimited starting on October 26th. If you’ve already used Prime Music, you won’t be able to capitalize on this deal.

If you do use Amazon Music Unlimited, you can upgrade to the Family Plan option for free for three months on the 29th of October. Amazon’s Family Plan allows six people to each have their own music accounts.

Amazon is also working to extend its return window for items purchased between October 1st and December 31st, 2020, so they can be returned until January 31, 2021.

The post Amazon is jumping right into its pre-holidays sales event appeared first on MobileSyrup.