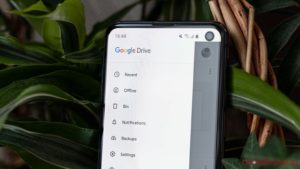 Not every file is going to be deleted right away once the new change goes into effect. Only files that have been sitting in the Trash for over 30 days will be deleted permanently. Plus, all the files already in your Trash bin will start their 30-day countdown on October 13th. This means they’ll actually be deleted on November 11th.

Previously, shared files in your Trash Bin would already auto-delete after 30-days. Now, it’s going to apply to all files.

It should also be noted that G Suite users can ask their admins to restore a deleted item for up to 25 days after it’s been deleted.

The rollout for this begins on October 13th, but it could take up to 15 days to reach everyone, according to Google. The search giant is going to start notifying users at the end of September of this upcoming change.