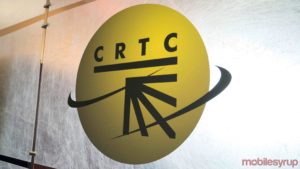 The CRTC has extended the deadline for carriers to implement STIR/SHAKEN technology by nine month to June 30th, 2021.

The technology is meant to combat spam and robocalls conducted over Voice-over-Internet-Protocol (VoIP). It will also help deal with calls that come from IP-based services like WhatsApp.

Carriers previously had a deadline of September 30th of this year to implement the technology. Rogers had submitted a request to the CRTC asking for an extension of the deadline.

Rogers outlined that it was requesting the extension due to the fact that some technological standards relating to STIR/SHAKEN are not yet fully defined.

It also noted that it needed to renegotiate contracts with vendors and contractors to reacquire financial capital for the implementation after the disruption caused by the COVID-19 crisis.

The CRTC previously outlined that STIR/SHAKEN will “enable providers to certify whether a caller’s identity can be trusted by authenticating and verifying the caller ID information for Internet Protocol-based voice calls.”