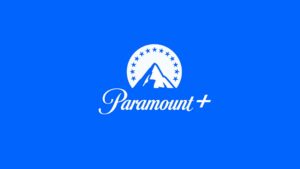 Because we didn’t have enough streaming services with ‘+’ in the name, ViacomCBS is rebranding CBS All Access as Paramount+.

This isn’t a full rebrand since the company has already been using the Paramount+ name in Sweden, Denmark and a few other European countries. That said, it’s a hard change to swallow.

For starters, Paramount+ is a catchier name, but since CBS All Access has been in Canada and other countries for a couple years, it seems to make less sense for the company to change its name.

Alongside the rebrand, more Paramount movies are going to be injected into the streaming service to make it a better offering compared to competing offers from Starz, and NBC’s Peacock in the U.S. The company is also going to start working on some original content to bring customers to its streaming service.

The original shows will reportedly be a spy drama by Taylor Sheridan and The Offer, a 10-episode scripted series about the making of The Godfather, according to Gizmodo. The service is also set to include a rebooted version of MTV’s Behind the Music and a true-crime docuseries called The Real Criminal Minds, based on the show Criminal Minds.

It’s also being reported that the service isn’t going to include Showtime content since that’s available through tons of other outlets.

The rebrand is supposed to happen sometime in early 2021. So far, there’s no price, either. In Canada, CBS All Access costs $5.99 per month.