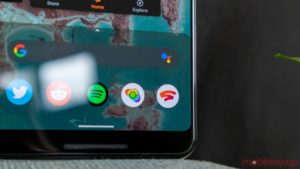 For those unfamiliar, Chromebook Perks include a variety of offers, deals, and more exclusively for Chromebook owners. Although some offers on the site aren’t available in Canada, this Stadia Pro deal is. Along with Canada, Chromebook owners in the U.S. (excluding Guam, Hawaii and the U.S. Virgin Islands), the U.K., Germany and France can redeem it.

Stadia Pro typically costs $11.99 per month in Canada and gives subscribers access to several new games each month. Subscribers can claim any of these games and retain access as long as they’re a member. Some of the games include Gylt, Destiny 2: The Collection, PUBG, Superhot and Zombie Army 4: Dead War.

Stadia Pro includes discounts for purchasing games outright as well as support for up to 4K streaming, HDR and 5.1 surround sound.

The offer is only eligible for Chromebooks launched after June 2017. To accept the offer, activate your Google Play-enabled Chromebook and select the offer from the Chromebook Perks website. Then head to Stadia’s setup website and click ‘yes’ when it asks if you have a ‘Pro Pass.’ Follow the steps to redeem your code.

If you have an existing Stadia account and are eligible for the promotion, you can redeem it on the settings page under ‘Redeem code.’

Users must redeem the code by January 14th, 2021. The deal is available for existing Stadia Pro subscribers as well.