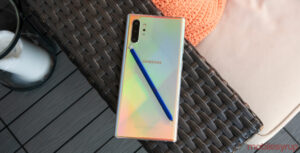 The Samsung Galaxy Note 20 Ultra was spotted on Geekbench.

The handset is set to launch next week, so it makes sense that it was spotted on the benchmarking platform, likely due to some final tests before the initial launch.

According to the Geekbench test, the phone runs a Snapdragon 865+ processor, 10.63GB of RAM and Android 10.

There was another Geekbench test that showcased a Note 20 Ultra with an Exynos 990 processor, but this smartphone isn’t coming to Canada, so we won’t dive too deep into it.

Samsung will officially unveil the Note 20 Ultra and Note 20, alongside tablets, smartwatches and more at its digital Unpacked event on August 5.