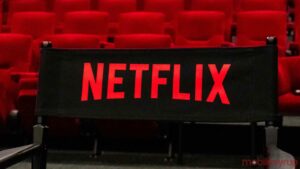 Netflix has officially rolled out variable playback speeds to all users on Android, following testing in October.

With the feature, Netflix subscribers on Android can slow down playback to 0.5x or 0.75x speeds, or speed up streams to 1.25x and 1.5x speeds.

However, you’ll need to manually enable the setting with every single title you want to watch. Otherwise, titles will play at standard speeds.

The feature is starting to roll out over the next 24 hours and will arrive to all users globally over the coming weeks, according to The Verge.

Creators are against the feature

It’s worth noting that the feature proved controversial when it was first being tested late last year. At the time, several notable figures in Hollywood spoke up against it, such as The Incredibles writer-director Brad Bird, Knocked Up writer-director Judd Apatow, Breaking Bad star Aaron Paul and Ant-Man director Peyton Reed.

No @Netflix no. Don’t make me have to call every director and show creator on Earth to fight you on this. Save me the time. I will win but it will take a ton of time. Don’t fuck with our timing. We give you nice things. Leave them as they were intended to be seen. https://t.co/xkprLM44oC

“Don’t fuck with our timing,” reads an angry October 28th, 2019 tweet from Apatow to Netflix. “We give you nice things. Leave them as they were intended to be seen.” Apatow even threatened to “call every director and show creator on Earth to fight [Netflix] on this.”

Replying to Apatow’s tweet, Spider-Man: Into the Spider-Verse co-director Peter Ramsey said the feature is designed for the “laziest and most tasteless” of consumers.

If I don’t have the time to watch something and appreciate it fully, I do something else until I do have the time. If I speed it up — I’m not *really* watching it. You might think you did — but you’re fooling yourself. You’re losing out.

“If I don’t have the time to watch something and appreciate it fully, I do something else until I do have the time,” argued Ramsey. “If I speed it up — I’m not *really* watching it. You might think you did — but you’re fooling yourself. You’re losing out.”

In a since-deleted tweet, Paul added that “There is NO WAY Netflix will move forward with this,” saying it “would mean they are completely taking control of everyone else’s art and destroying it.” Paul, who worked with the streaming giant on BoJack Horseman and El Camino: A Breaking Bad Movie, said “Netflix is far better than that.”

At the time, Netflix vice president Keela Robinson wrote in a blog post that the company was being “sensitive to creator concerns and [hadn’t] included bigger screens, in particular TVs, in [the] test[s].” Further, Robinson said that there were no plans then to roll out the feature, noting that it would listen to feedback first.

Now, though, Netflix has updated that original post to confirm the rollout and provide additional context. According to Robinson, the tests were “well-received” by users.

“Similar functionality has been available on DVD players and DVRs for years and the feature has been much requested by members,” wrote Robinson. “Most important of all, our tests show that consumers value the flexibility it provides whether it’s rewatching their favorite scene or slowing things down because they’re watching with subtitles or have hearing difficulties.”

“People who are deaf and have difficulty reading appreciate the option of slowing down the captioning, and people who are hard of hearing value the ability to listen at slower speeds — while many individuals who are vision impaired are used to listening to digital audio much faster (for example with screen readers),” said Robinson.

For now, variable playback speeds are only coming to Android, with no word on an iOS rollout. Now that this is an officially supported feature, though, it remains to be seen whether it will create any major conflict between Netflix and its creator partners.