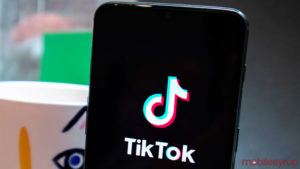 Microsoft is reportedly in talks to purchase TikTok from China-based ByteDance.

The information comes from a person with “knowledge of the discussions,” according to The New York Times. The news comes as U.S. President Donald Trump says he’s considering taking steps to effectively ban the app from the U.S.

It remains unclear how advanced the talks are between Microsoft and TikTok. However, any deal could reportedly help alter TikTok’s ownership, according to the source.

ByteDance is a Chinese internet company valued at $100 billion USD (about $134 billion CAD). Its ownership of TikTok has incurred scrutiny, with the Trump administration raising concerns about the app’s threat to U.S. national security.

Throughout the scrutiny, TikTok has worked to ease concerns about its ties to China. That included hiring Disney executive Kevin Mayer to be the company’s CEO. TikTok executives also reportedly discussed having American investors like Sequoia Capital and General Atlantic purchase TikTok back from ByteDance. The China-based company would maintain a minority stake in the app.

Further, TikTok recently announced plans to open its algorithm to regulators so that they could better understand how the app operates and what content it surfaces to users.

TikTok has become a target of scrutiny for several reasons. As discussed above, the app’s links to China have proven concerning for some in the U.S. In part, this is because regulators fear China could manipulate the app to push propaganda.

Another concern with the app is that it vacuums up a significant amount of personal data from users’ phones. While most social media apps do this, concerns with TikTok revolve around the app’s attempts to obfuscate the data gathering.