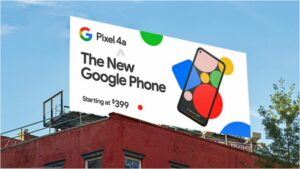 Mention of a Google Pixel 5a has surfaced online. Google hasn’t even officially launched the Pixel 4a, but we’re now seeing a leak about this potential upcoming handset.

This rumoured phone was spotted in the Android Open Source Project (AOSP) by 9to5Google on a page that discusses VPN compatibility with Android Q. One of the comments from a Google developer lists out all of the Pixel devices through the Pixel 2 and versions of Android that they launched with.

It discusses the Pixel 2, Pixel 3, Pixel 3a and Pixel 4. Additionally, the list references the Pixel 4a, Pixel 4a 5G, Pixel 5 and, most surprising of all, the Pixel 5a.

The Pixel 4a 5G, Pixel 5 and Pixel 5a are all devices that have yet to be announced. We know that Google is planning to unveil the Pixel 4a on August 3rd and previous leaks suggest that the search company will reveal the Pixel 4a 5G and Pixel 5 later this year with a Snapdragon 765 processor. However, the Pixel 5a is not something we’ve heard of before.

All that there is to know is that the Pixel 5a will run Android R out-of-the-box, which suggests that the handset will likely launch in the first part of 2021 before Google unveils Android S.

The post First mention of Google Pixel 5a spotted in AOSP before 4a launch appeared first on MobileSyrup.