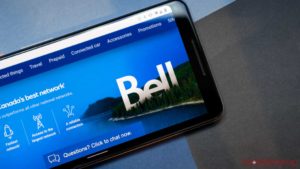 A vast majority of Bell employees are going to be working from home until November at the earliest, but possibly longer, according to documents seen by MobileSyrup.

The document mentions that a huge majority of employees are still working from home and the telecom plans to use a gradual approach to bring people back to the offices. When those employees go back to work is still up in the air as the document says that Bell plans to bring employees back starting on November 1st, but that could be delayed by any major resurgence of COVID-19.

It also mentions that workers will have the option to continue working from home for longer.

When workers do go back to work Bell has implemented a mask policy in common areas and areas where it’s impossible to social distance like elevators.

Telus also shared today that its employees are going to be working from home until at least early 2021.

The post Bell’s work from home plans extend tentatively to November and beyond appeared first on MobileSyrup.