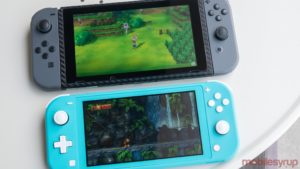 The Nintendo Switch’s detachable Joy-Con controllers have experienced several issues since the handheld’s launch back in 2017, including connectivity problems and, more recently, ‘Joy-Con drift.’

For anyone unfamiliar, Joy-Con drift refers to joystick movement registering even when players aren’t touching the gamepad’s analogue sticks.

Nintendo president Shuntaro Furukawa recently apologized for the widespread issue in a recent Q&A with Endgadget.

“We apologize for any inconvenience caused to our customers regarding Joy-Con,” Furukawa said during the interview. “We will do our best to ensure that our customers can use our services and products with peace of mind.”

The rampant ‘drifting’ issues eventually led to a 2019 class-action lawsuit filed in California, which Furukawa surprisingly acknowledged in the interview.

The lawsuit alleges that the Joy-Cons’ internal steel joystick brushes rub the carbon inside the gamepad the wrong way. Nintendo currently offers a paid repair service that solves the issue, but the lawsuit states the fix isn’t always satisfactory.

Drifting isn’t exclusive to the Switch’s detachable Joy-Cons, either. The Switch Lite, which features joysticks that can’t be removed from the handheld-only console, also suffers from Joy-Con drift. In some ways, the Lite’s Joy-Con drift problems are actually more severe since you can’t just buy a new pair of gamepads for the console.

A few measures of relief are proposed in the lawsuit, including Nintendo paying monetary damages to the complainants and offer free replacement of the devices.