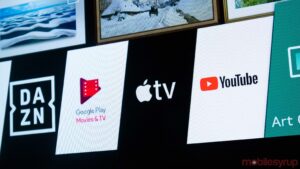 If you own an LG Smart TV and you like watching content on the Apple TV app, then you’re in luck because it’s getting Dolby Atmos support in the latest update.

A new report from 9to5Mac states that an update is rolling out this week to select TVs, but there’s no mention of what models are included in the update. However, since there are only a few high-end LG TVs that support the app, they’re likely all getting the update.

Luckily enough, some of the supported TVs like the higher-end OLED sets have Dolby Atmos built into them so users can start taking advantage of the new virtual-surround sound right away.

If your TV doesn’t support the feature, you can buy a variety of soundbars that support the awesome sound standard, such as the new Sonos Arc.