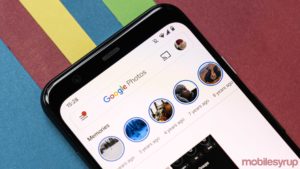 Google Photos no longer backs up images from messaging and social media apps at default.

As spotted by Android Police, Google Photos’ image and video backup for folders created by apps like WhatsApp, Messages and Instagram has been disabled.

Users can still manually re-enable those backups if they so choose. After Android Police first reported on the change, the Google Photos Help Community confirmed it, although a full list of affected apps has not yet been revealed.

For now, XDA Developers told Android Police that the following apps are affected:

Additionally, Google is adding a mute button to Photos via a server-side update for when you watch a video at the end of the timeline scrubber. This was first pointed out by 9to5Google, although the outlet notes it isn’t widely available yet.

The post Google Photos stops backing up images from messaging and social media apps at default appeared first on MobileSyrup.