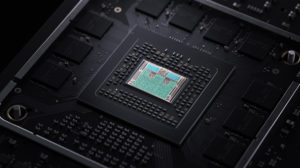 A lower-cost version of the Xbox Series X codenamed Lockhart might be revealed in August, according to recent rumours.

The console will likely feature the same CPU as the more powerful Xbox Series X, but it will cut other corners to reduce the price, while still offering some next-generation gaming improvements. For example, rumours indicate that the Series S will only be capable of either 1080p or 2K gaming instead of 4K like the Series X.

According to the report from VentureBeat, this console was slated to be revealed in June at E3, but do to the ongoing COVID-19 pandemic, it’s reveal has been pushed back to some time near the end of summer.

Of course, these are all rumours so far, but hopefully we’ll get more next-generation gaming news soon so we can gauge how well both Xbox consoles stack up against Sony’s PlayStation 5.