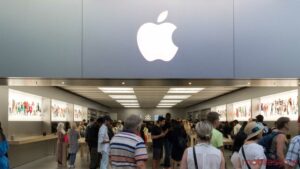 Apple is ending support for the mid-2012 15-inch MacBook Pro with a Retina display eight years after its release.

The report comes from documents obtained by MacRumors that state on June 30th, 2020, Apple is marking the computer as “Obsolete” worldwide. This means it can no longer be repaired by Apple technicians and that the company won’t stock parts for it anymore.

Apple has been rolling back its support of the ageing MacBook since 2018 when it established a ‘Vintage’ repair program that was reliant on if parts were available or not. Now, it’s being taken off the vintage list and listed as obsolete.

This doesn’t mean that third-party computer repair stores will stop fixing the computer, just Apple. You could even try to follow a guide online to try and fix the computer yourself but be warned that depending on what you need to do, it could be quite complicated.

While I’m not sure, there’s probably still a lot of people with the 2012 15-inch MacBook Pro, but if you have one and are thinking of getting a battery replacement or something from Apple, you’ll need to do it before June 30th.