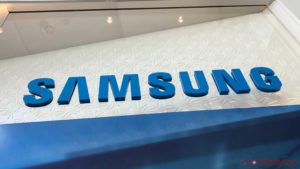 A series of recent FCC filings have revealed specs and details about the next version of Samsung’s flagship smartwatch.

The filings suggest the release of the Galaxy watch likely isn’t too far away. The documents reveal that one of the new smartwatches will have a 45mm case that is made out of stainless steel, while another variant will have a 41mm case.

The LTE variants carry the model numbers SM-R845 and SM-R855, while the documents show Wi-Fi-only models as SM-R840 and SM-R850. The upcoming watch will have 5ATM water resistance and support for GPS.

SamMobile reports that the rotating bezel of the Galaxy Watch will return. Samsung’s last Galaxy Watch had this feature, but the two Galaxy Watch Active models dropped the feature, so it was unknown whether Samsung would keep it for its next watches.

It’s unknown when Samsung plans to release the new watch, but the fact that it has passed through the FCC indicates that the launch could be closer than we think. It’s also possible that the tech giant will launch it alongside the Note 20 in August.